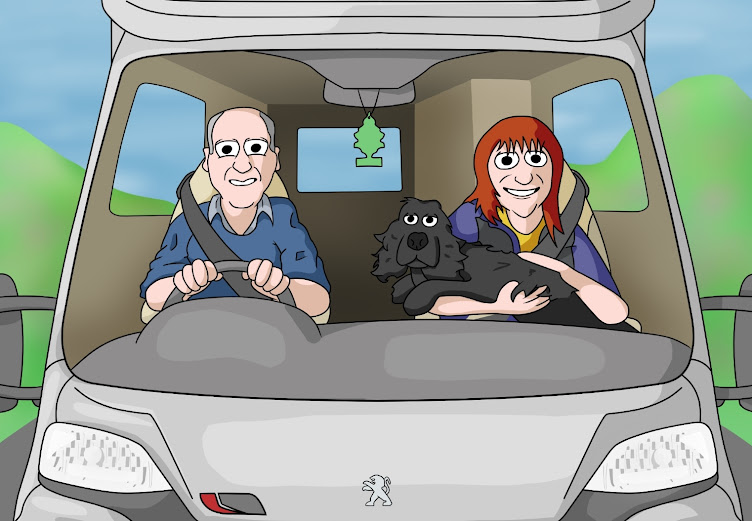 What a day we had today! We started off with a change of plan...as we often do when we’re away in the mh!

We decided to not go to warkworth beach, we went to the fishing town of Amble instead. It was a lovely morning and there were many people out and about early...lots of families and dog walkers.

There is so much to look at in Amble! There is a sea wall walk, a small beach, loads of places to eat and drink and even a small market that is on every Saturday and Sunday. 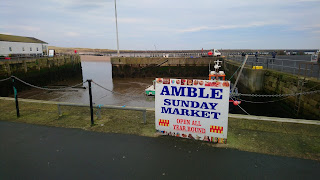 It had lovely views across the River Coquet back to Warkworth Castle. We bought a tea/coffee and just enjoyed the sights and relaxed atmosphere. 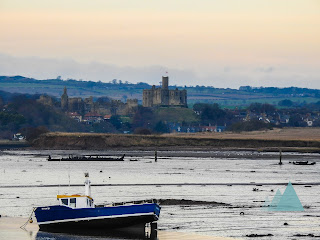 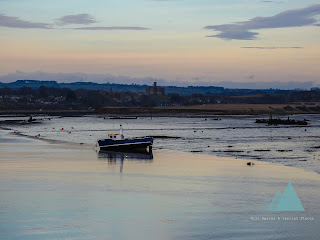 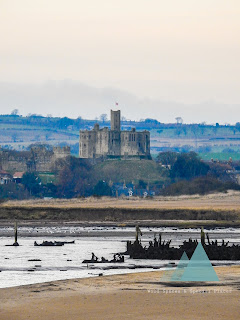 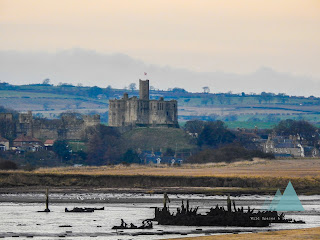 After that we drove on to check out where we had planned to park up tonight....Cresswell Beach. The spot was perfect and took TJ for a promised run along the beach....he was delighted! 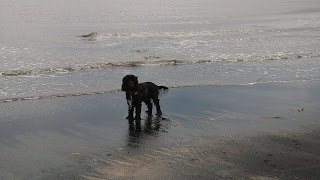 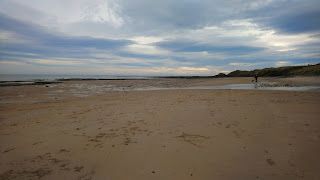 The beach had lots of black sediment which we later found out was coal sediment and remnants of fossilised trees! It was like really coarse black sand! 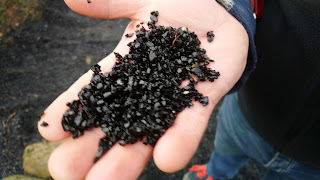 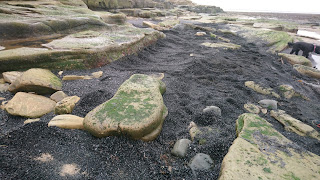 After that we drove further down the coast....driving along the North Blyth Bar....loads of big boats! Then onto St Mary’s lighthouse near Whitley Bay.
There is a tidal causeway across to the small island and people were enjoying their Sunday afternoon...with lots of kiddies playing in the rock pools. The tide was out so we walked across. 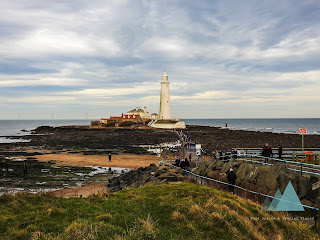 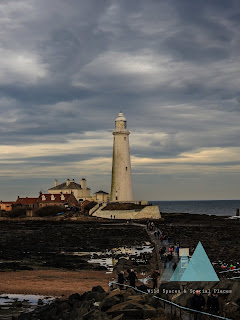 On the rocks down behind the lighthouse, there was many seals, just relaxing. Wonderful! 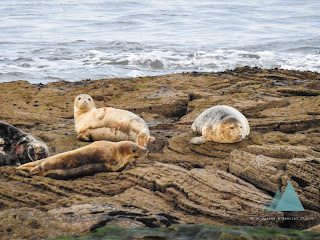 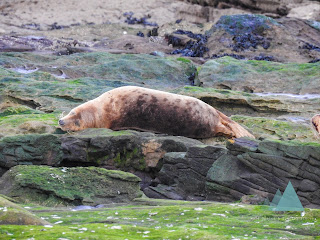 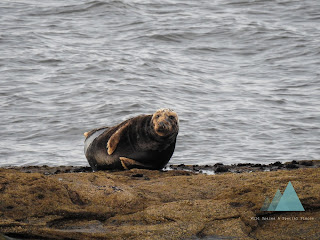 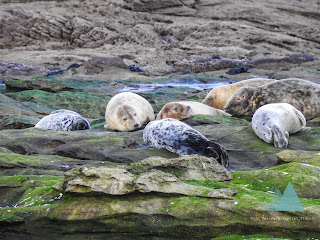 After that we drove further on through Whitley Bay, Seaton Sluice and Tynemouth. Everywhere was really busy and not many places to park a 6m motorhome. We would like to go back to Tynemouth one day to look at the priory and castle.

As we hadn’t eaten, we decided to go to Toby Carvery for some food! I know it’s just a chain restaurant....but it was truly delicious! The sunset when we came out was spectacular! 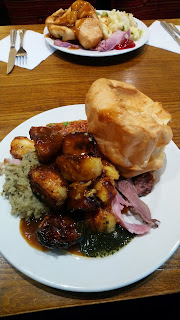 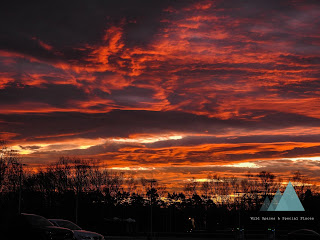 On the way back to our park up spot we went back to St Mary’s lighthouse to see it with the tide in....the waves were crashing over where we had previously walked across!

We also went back and stopped at Whitley Bay and walked along the prom. The area has recently been redeveloped and the Spanish City facility is well worth a visit....we went in to use the toilets....it was lovely inside with so many options for eating....nice and classy too....not your usual British seaside fayre.

Lastly we drove back to our park up spot....relaxed...and listened to the waves crashing on the beach outside. TJ will be desperate to run on the beach again in the morning....but right now he is exhausted!